A Thermodynamic Description of the Al-Cr-Si System

Section I: Basic and Applied Research

1. Introduction Al-Cr-Si alloys show good oxidation resistance with no mass loss after oxidation in air during the melting process.[1] They might be used as promising coating materials for carbon/carbon composites for application at high temperatures.[2] Knowledge of phase equilibria is signiﬁcant for the optimization of alloy compositions and heat-treatment conditions. The CALPHAD technique[3] was used to analyze the thermodynamic properties of the system in this study. Robinson[4,5] determined the crystal structure of the s1 phase in the Al-Cr-Si system, which is a ternary compound a(AlCrSi) in the early studies carried out by Pratt and Raynor.[6,7] Subsequently, Esslinger et al.[8] investigated the phase equilibria in the Al-rich corner of the Al-Cr-Si system and conﬁrmed that the composition of the s1 phase is Al13Cr4Si4. Another ternary compound b(AlCrSi) reported by Pratt and Raynor[6] and Mondolfo[9] turned out to be a

solid solution of Al in the binary compound CrSi2.[5] The investigation of Brukl et al.[10] also indicated that b(AlCrSi) was the binary intermetallic CrSi2 with extended solubility of Al up to 25 at.% Al with Al replacing Si in the sublattice of the intermetallic compound. The AlCr2 phase was reporte A thermodynamic description of the Al-Mg-Zn system

A thermodynamic description for the ternary Al-Mg-Cu system Key Experiments and Thermodynamic Description of the Co-Nb-Ni System 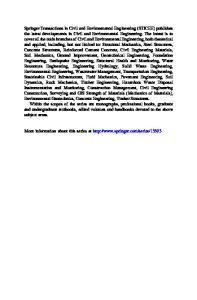 The Perk of Safety Management System: A Meticulous Description

Calphad description of the Ge-Mn system