A WEAK-BEAM STUDY OF THE MICROSTRUCTURE OF B-CUZN DEFORMED IN THE DOMAIN OF FLOW STRESS ANOMALY By G. DIRRAS*, P. BEAUCHAMP* and P. VEYSSItRE** *Laboratoire de M6tallurgie Physique, 40 Avenue du Recteur Pineau, 86022 - Poitiers Cedex France. **LEM, CNRS-ONERA, BP 72,92322 Chitillon Cedex, France ABSTRACT f3-brass single crystals oriented along were deformed between room temperature and 300TC. The deformation microstructure and dissociation properties were studied by transmission electron microscopy under weak-beam imaging conditions. Whatever the deformation temperature, superdislocations with Burgers vector and strong edge component dominate within the microstructure. In addition, below the temperature of the flow stress peak (=250'Q), the density of screw relative to mixed superdislocations decreases as straining temperature increases. Dissociation does not always occur on the slip plane neither does it proceed exclusively by glide, even in samples deformed at 100'C. INTRODUCTION In the B2 ordered structure, three distinct Burgers vectors have been identified, i.e. , and 1. Although is the shortest unit translation in the B2 structure, the most commonly observed Burgers vector is < I1l>. This may change as the temperature of deformation is raised, since a transition in slip direction, from to , has been reported to occur in a numberof B2 crystals; the reasons for this transition remain, however, unclarified. Moreover, in view of the fact that a number of B2 systems exhibit strong dependences of the flow stress upon temperature2, there is but limited experimental information on the relative mobilities of dislocations with respect to their Burgers vector. At last, although some theoretical work has addressed the potential rate-controlling effect of cross-slip in the deformation of B2 alloys, it is not ascertained experimentally that screw dislocations actually exhibit a reduced mobility relative to the other dislocation characters. The existence of a positive dependence upon temperature of the flow stress, which peaks between 200'C and 250°C, is a well-known property offr-brass that has been pointed out in a number of studies and whose explanation has been the object of several models. Ardley and Cottrell 3 referred to the variation in shear modulus in the direction that was thought to be a maximum at about 200TC. Brown 4 invoked a temperature-controlled thickening of the APB, an explanation that remains under examination in other ordered systems 5.Umakoshi, Yamaguchi, Namba and Murakami showed that the peak temperature depends markedly upon the orientation of the load 6 , i.e. it increases significantly as the compression axis gets closer to [001]. In the explanation of these authors, it is suggested that the increase in flow stress with temperature originates from the propensity of dislocations toward cross-slip from their (110) slip plane onto their ( 112) twinning plane. By contrast, Saka and co-workers7' 8 proposed that the transition from to other slip directions, which occurs at the temperature of the peak,

A reexamination of the tendering profit anomaly

The annealing of explosively deformed copper 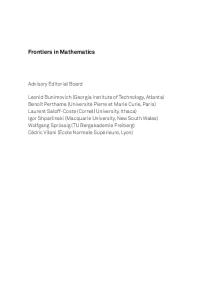 The Hardy Space of a Slit Domain

Recrystallization kinetics of microalloyed steels deformed in the intercritical region

The role of dislocations in the flow stress grain size relationships

Anomaly Detection in High-Dimensional Data Based on Autoregressive Flow