The cancellation early this year of a very popular, long-standing Yale undergraduate survey course on Western art understandably provoked a considerable outcry among cultural conservatives. As the latest rejection of an allegedly outmoded canon focused on “dead white men,” the move was clearly inspired by the current academic obsession with “diversity,” consistent with other like-minded curricular changes and with the introduction of all-gender bathrooms at Yale. Specious claims made by the college’s Art History Department to justify the cancellation were thoroughly dissected by Heather Mac Donald.1 Her perspective was informed by her having taken the first half of the two-semester course (“Introduction to the History of Art: Prehistory to the Renaissance”) in the 1970s, when it was presented by architectural historian Vincent Scully, whose charismatic teaching became legendary at Yale and beyond. As she trenchantly argued, killing the course is yet another capitulation to identity politics and its assault on Western civilization. The chief focus of the recent furor, however, was the course’s second half: “Introduction to the History of Art: Renaissance to the Present” (Yale HSAR 115b). Had Mac Donald gone on to take that offering, she might have discovered that even under Scully’s inspired tutelage, Western art history was already headed down a dubious path—one far more destructively consequential than viewing art through the distorting lens of “gender, class, and ‘race’” as envisioned by Professor Tim Barringer, his latest successor. Heather Mac Donald, “Yale against Western Art,” Quillette, February 13, 2020.

Michelle Marder Kamhi is an independent scholar and critic, co-editor of Aristos, an online review of the arts, and the author of Bucking the Artworld Tide: Reflections on Art, Pseudo Art, Art Education & Theory (Pro Arte Books, 2020); www.mmkamhi.com

By uncritically accepting virtually anything as art, Western art history since the early twentieth century has undefined art out of existence. Viewing genuine works of art in terms of race, class, and gender, though a wrong-headed approach, might at least leave the essential nature of art intact—and more reliable criteria for interpretation might at some point be proposed. But the modernist and postmodernist “avant-garde” work featured in standard accounts undermines any understanding or appreciation students might gain from the study of earlier work in the Western tradition. It is profoundly, even explicitly, antithetical to that tradition. The result is an egregiously incoherent curriculum. To maintain the integrity and value of teaching Western art history, that part of the record needs to be entirely re-written.

What Should Art History Aspire To? To grasp art history’s lamentable decline, it is instructive to begin by considering what the eminent art historian Erwin Panofsky (1892–1968) observed about the nature of his disc

The State of the Art: Surveying Digital Russian Art History

CasualLearn: A Smart Application to Learn History of Art

Fundamental Themes in Physics from the History of Art

Computing, Design, Art: Reflections on an Innovative Moment in History

Where have all the hip fractures gone?

A Century of Materials Come and Gone 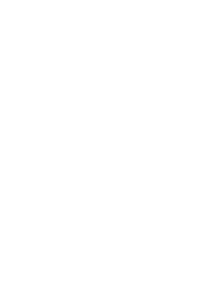