Nanocomposite polymer electrolytes (NPE) are a promising class of electrolytes for solid-state electrochemical devices that require safe operation and ﬂexibility.1,2 Most NPE are prepared from a copolymer of polyvinylidene ﬂuoride with hexaﬂuoropropylene, which contains nanoparticles as an additive. The copolymer is then used for membrane fabrication by solution cast3,4 or electrospinning.5,6 One more synthetic route to NPE based on polymer networks is to carry out a radical polymerization7—9 of diacrylates with bridging polyether chain. Threedimensional polymer networks are formed upon crosslinking by the radical mechanism in a liquid organic electrolyte (or without the electrolyte) in the presence of inorganic nanoparticles. Earlier, we developed a new nanocomposite electrolyte based on poly(ethylene glycol) diacrylate (PEG-DA) and 1 М LiBF4 solution in γ-butyrolactone (GBL), and SiO2 nanopowder. The dependence of the conductivity of this system on the amount of SiO2 nanopowder added exhibits two maxima9—12 unlike the dependence of the conductivity of a similar system containing TiO2 and Li2TiO3 nanoparticles8,13 where only one maximum is observed. The ionic conductivity in nanocomposites can increase due to various effects including an increase in structural disordering of a system,14,15 the interaction between the nanoﬁller and the salt or polymer in a Lewis acid—Lewis base manner,16 enhancement of ion mobility,17,18 an increase in the transference numbers,10,19 enhanced seg-

mental mobility of the polymer chain,20 electrostatic interaction between ions and nanoﬁller particles,21 formation of 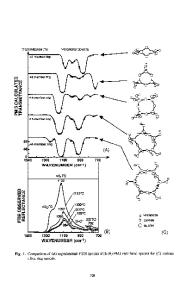 A Moment in Time: Leisure and the Manifestation of Purpose