The concept of emergence today knows a fortune that goes beyond the scope of epistemology and the philosophy of science making it one of the leading concepts in the field of theories of complexity and innovation and thus risking, at the same time, to disp

Lecture Notes in Morphogenesis is an interdisciplinary book series which aims to face the questions of emergence, individuation and becoming of forms from several different points of view: those of pure and applied mathematics, of computational algorithms, of biology, of neurophysiology, of cognitive and social structures. The set of questions above concerns all the manifestations of Being, all the manifestations of Life. At the heart of contemporary embryogenesis lies an essential question: How can form emerge from the constant, chaotic flow? How can a sequence of purely informational elements — an a-signifying combination of chemical substances organized in the DNA molecule — evolve into the highly complex and structured forms of the living organism? A similar question can be asked when we deal with the morphogenesis of vision in neural systems and with the creation of evolving synthetic images, since digital technology makes possible the simulation of emergent processes both of living bodies and of visual forms. Finally the very idea that abstract structures of meaning could be captured in terms of morphodynamic evolution opens the door to new models of semiolinguistics, semiotic morphodynamics, and cognitive grammars. An entire heritage of ideas and concepts has to be reconsidered in order to face new and challenging problems: the theoretical framework opened by Goethe with the introduction of the word “Morphogenesis” is developed by D’Arcy Thompson in “On Growth and Form”, it is reorganized with new theoretical insights by the classical structuralism of Levi-Strauss and formalized by the dynamical structuralism of René Thom. The introduction of the post-structuralists ideas of individuation (in Gilbert Simondon and Gilles Deleuze) and plasticity of structures builds a bridge to contemporary problems of morphogenesis at a physical, biological, social and transindividual level. The objective of this book series is to provide suitable theoretical and practical tools for describing evolutionary phenomena at the level of Free boundary problems in Mathematics, Embryogenesis, Image Evolution in Visual Perception, Visual Models of Morphogenesis, Neuromathematics, Autonomy and Self-Organization, Morphogenetic Emergence and Individuation, Theoretical Biology, Cognitive Morphodynamics, Cities Evolution, Semiotics, Subjectivation processes, Social movements as well as new frontiers of Aesthetics. To submit a proposal or request further information, please use the PDF Proposal Form or contact directly: Dr. Thomas Ditzinger ([email protected])

More information about this series at http://www.springer.com/series/11247

The Metaphysics of Emergence 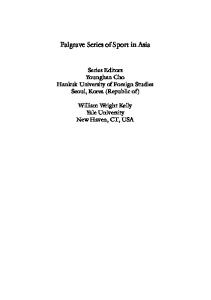 The Emergence of Individuated Nationalism