Abstract In this study, ­Cu2S/ZnO nanorods arrays (NRAs) nanocomposite have been efficiently papered via dual methods: firstly, ZnO NRAs by a hydrothermal method, and secondly C ­ u2S nanoparticles via successive ionic layer adsorption (SILAR). C ­ u2S/ZnO photoelectrode is collected from ZnO which is presented as a fast electron transportation way because of its high mobility and ­Cu2S as good sensitized material due to its small energy gap. XRD analysis, FESEM images, EDX analysis, UV–Vis spectra and photoelectrochemical performance (PEC) of bra ZnO and C ­ u2S/ZnO were characterized. All characterizations have confirmed formed the ­Cu2S/ZnO NRAs nanocomposite. PEC measurement was strong evidence to synthesis of ­Cu2S/ ZnO which exhibited the anodic photocurrent density of pure ZnO NRs (0.12 mA cm −2) that was lower than ­Cu2S/ZnO NRAs (0.93 mA cm−2) at 1.0 V vs. Ag/AgCl.

1 Introduction Nowadays, life demands less pollution with cheaper energy sources, which can be harnessed from the sun, wind, oceans, etc. The best technique to use solar energy is the solar cells with all their types to convert photoenergy into electrical energy [1–4]. There are a lot of solar cells types such as solid solar cell, dye-sensitized solar cell (DSSC), quantum dot solar cell (QDSC), and photoelectrochemical cell (PEC). Solar cells are considered the best approach to consume a high amount of free and clean solar energy using semiconducting materials [5–8]. Some semiconductors possess a chemical composition such as ­TiO2 [9], ZnO [10], ­WO3 [11, 12], and ­Cu2O [13] made them have the desired optical characteristics. When an electron absorbs energy that exceeds the energy of the bandgap, the electron will move from the conduction band leaving a hole, which has an active role in generating light with the electron as (e–h) pairs [14]. This work focuses on the study of the ZnO with morphology nanorods that can provide a direct path to transport the electron. Thus, the mobility rate for ZnO NR is very high more than about * Araa Mebdir Holi [email protected] 1

1000 ­cm2 ­Vs−1 [15]. But, ZnO can be absorbed within the ultraviolet light region because of its large energy gap, so one of the main issues of the material ZnO is the energy gap is estimated at (3.37 eV) [16]. As known most of the sunlight rays reaching to the earth is visible rays with a small rate of ultraviolet radiation estimated at 5%, so it is necessary to widen the visible light absorbance ability for ZnO. That done through efforts to modify the structure of ZnO, for example, formed nanostruc Fabrication and Characterization of Organic Thin Films for Applications in Tissue Engineering: Emphasis on Cell-Surface 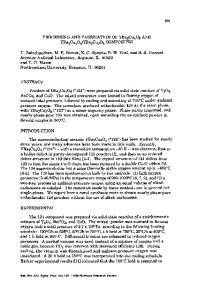