The results of an in situ transmission electron microscopy study of the formation of Co-silicides on patterned (001) Si substrates are discussed. It is shown that the results of the in situ heating experiments agreed very well with the data based on standard rapid thermal annealing experiments. Fast heating rates resulted in better definition of the silicide lines. Also, better lines were obtained for samples that received already a low-temperature ex situ anneal. A Ti cap layer gave rise to a higher degree of epitaxy in the CoSi2 silicide.

Metal silicide thin films grown on a silicon substrate play an important role in the microelectronic industry. Because of their low resistivity, they are widely used in device applications such as contact materials, interconnects, or gate electrodes. Among these materials, cobalt disilicide has attracted a special interest in the fabrication of advanced submicron devices. Understanding the growth evolution of cobalt silicides in patterned structures with fine lines is not only technologically important, but is also interesting from a purely scientific point of view. Contrary to Ti-silicides, for which a line width dependence of the silicide formation has extensively been reported,1 CoSi2 formation is generally considered as line width independent, so that it can be applied also in very narrow lines (300 °C. At 350 °C, Fig. 1(b), CoSi is the dominating phase, as revealed by the first four diffraction rings in the diffraction pattern. Traces of metallic Co are still present, revealed by very faint circles. Further increasing the temperature determines the appearance of the CoSi2 phase around 400 °C. The CoSi2 phase starts growing when the Co supply stops, i.e., when all Co has been converted to CoSi. At the approximate temperature of 500 °C, Fig. 1(c), both CoSi and CoSi2 phases still coexist. The less-continuous diffraction rings indicate that the grain size has increased compared with the 350 °C condition. The electron diffraction pattern shows no texture for the film and no traces of unreacted Co are present anymore. As the temperature is increased to 650–700 °C, only the reflections characteristic for cobalt disilicide remain in the diffraction patterns. The film is fully transformed to CoSi2. Further heating determines the fast growth of the CoSi2 crystallites. At 900 °C, large grains showing different orientations are formed. Figure 1(d) reveals the diffraction pattern of a large crystallite that has grown epitaxially. The crystallographic relations are [001]CoSi2//[001]Si and (200)CoSi2//(400)Si. Figure 2 shows the TEM images at different temperatures corresponding to the same experiment on a blanket specimen. In Fig. 2(a), the Co thin film is revealed. The layer is continuous polycrystalline with grains of average siz 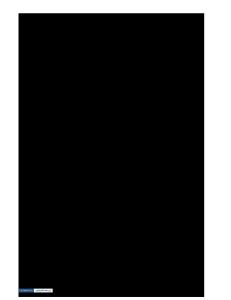