ructure, magnetization M, resistivity ␳, thermoelectric power S, and thermal conductivity ␬ in La0.9Te0.1Mn1−xCoxO3 (0 艋 x 艋 1) have been investigated systematically. The samples with x ⳱ 0 and x ⳱ 1 have a rhombohedral lattice with space group R3¯C, while the samples with x ⳱ 0.25, 0.50, and 0.75 have an orthorhombic lattice with space group Pbnm. The samples of 0 艋 x 艋 0.75 undergo the paramagnetic–ferromagnetic (PM–FM) phase transition. Based on the temperature dependence of susceptibility, a combination of the high-spin (HS) state for Co2+ and the low-spin (LS) state for Co3+ can be determined. The metal–insulator transitions (MIT) observed for x ⳱ 0 sample are completely suppressed with Co-doping, and ␳(T) displays semiconducting behavior within the measured temperature region for x > 0 samples. As x 艌 0.25, the huge magnitude of Seebeck coefficient at low temperatures is observed, which is suggested to originate from the spin-state transition of Co3+ ions from intermediate-spin (IS) state or (HS) state to (LS) state and the configurational entropy of charge carriers enhanced by their spin and orbital degeneracy between Co2+ and Co3+ sites. Particularly, S(T) of x ⳱ 0.50 and 0.75 samples appears an anomalous peak, which is suggested to be related to the contribution of phonon drag. Similar to M(T) and ␳(T), all results of S(T) are discussed according to the variations of the structure parameters and magnetic exchange interaction caused by Co-doping. In addition, based on the analysis of the temperature dependence of S(T) and ␳(T), the transport mechanism can be determined in the different temperature region. As to thermal conduction ␬(T), the changes of ␬ with Co-doping is suggested to come from the combined effect due to the suppression of local Mn3+O6 Jahn–Teller (JT) lattice distortion because of the substitution of non JT Co3+ ions with LS and HS states for JT Mn3+ ions, which results in the increase of ␬, and the introduction of the disorder due to Co-doping, which contributes to the decrease of ␬.

The hole-doped (Mn -rich) manganites R1−xAxMnO3, where R stands for a trivalent rare-earth element, such as La, Pr, Nd, etc., and A represents a divalent alkaline-earth element, such as Ca, Sr, Ba, etc., have received considerable attention in recent years due to the discovery of colossal magnetoresistance (CMR) and the unusually strong coupling among their charge, spin, orbit, and lattice degrees of freedom.1–3 Their behaviors have been interpreted based on the double-exchange (DE) mechanism and the Jahn–Teller (JT) distortion.4–6 In this system, the mixed valence Mn3+/Mn4+ is very important for understanding the CMR effect. a)

Recently, the electron-doped manganites such as La1−x(Ce, Zr, Te)xMnO3 have also been widely studied due to the potential applications in the field of spintronics.7–10 The results indicate that observed CMR in the 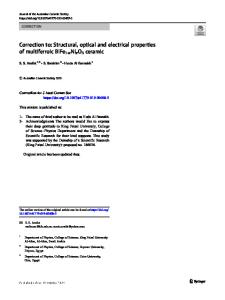 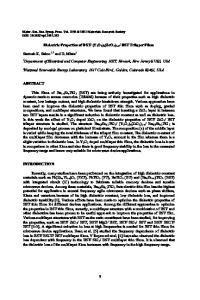