ABSTRACT Shockley-type Stacking faults (SSF) in hexagonal Silicon Carbide polytypes have received considerable attention in recent years since it has been found that these defects are responsible for the degradation of forward I-V characteristics in p-i-n diodes. In order to extend the knowledge on these kind of defects and theoretically support experimental findings (specifically, photoluminescence spectral analysis), we have determined the Kohn-Sham electronic band structures, along the closed path Γ-M-K-Γ, using density functional theory. We have also determined the energies of the SSFs with respect to the perfect crystal finding that the (35) and (44) SSFs have unexpectedly low formation energies, for this reason we could expect these two defects to be easily generated/expanded either during the growth or post-growth process steps.

INTRODUCTION Silicon carbide (SiC) is an attractive material for developing high-power, high temperature, and high-frequency devices, owing to its superior properties. However, the commercialization of 4HSiC high-voltage p-i-n diodes has been hampered by the degradation problem of their forward I-V characteristics [1,2]. This effect is now well documented to be due to the expansion of Shockleytype stacking faults in the part of the device reached by the electron-hole plasma. The faults can gradually cover most of the junction area, impeding current flow and increasing the on-state resistance. While in most semiconductors stacking faults are electrically inactive, in hexagonal silicon carbide polytypes they form quantum-well-like electron states observed in luminescence [3,4] and confirmed by first principles calculations [5]. These defects can either appear during the growth (“in grown defects” [6]) or during a later process like doping [7], annealing [8] or oxidation [9] (“process induced defects”). It has recently become customary, when discussing the crystallographic Fig.1 Representation of the structure of stacking (13) SSF using both the faults in SiC polytypes, ABC-notation (left) and the the use of Hagg’s or Hagg’s-notation (right). Zhadanov The partial dislocations notations instead of the along [0001] direction are classical ABC-notation evident in the ABC-notation [5,10]. Within these (3→4 segment) but not in notations a moving the Hagg’s-notation (5→6 dislocation, segment). 1↔2 is the glide which creates a stacking plane. fault ribbon, changes a plus (minus) sign immediately above the glide plane into a minus (plus) sign, leaving all the other signs in the sequence unaltered. This fact, which greatly simplifies the description of the defect has an important drawback, it does not show the extension of the partial dislocations bondi 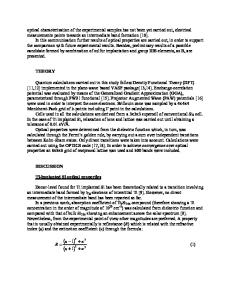 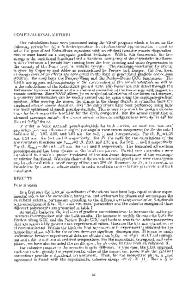