Crystal Growth and Superconducting Properties of Bi2Sr2Ca2Cu3Oy (Bi2223) Single Crystals K. Shimizu, T. Okabe, S. Horii, K. Otzschi, J. Shimoyama and K. Kishio Department of Superconductivity, University of Tokyo, 7-3-1 Hongo, Bunkyo-ku, Tokyo 113-8656, Japan ABSTRACT Bi2223 single crystals were grown by the floating zone method with an extremely slow growth rate of 0.05 mm / h. The largest size of the plate-like single crystal was approximately 3 x 2 x 0.1 mm3. The X-ray diffraction analysis and DC susceptibility measurements revealed that the grown crystals were almost single phase of Bi2223 with a very small percentage of Bi2212 intergrowth. Then carrier doping was systematically controlled in a wide range from underdoping to overdoping by post annealing under various conditions. Tc of the crystals was found to vary from 98 K (underdoped) to 108 K (overdoped) with Tc = 110 K for optimally-doped. In the optimally-doped phase the electromagnetic anisotropy factor, γ 2 of Bi2223 was smaller than that of Bi2212. Abrupt resistivity drop was observed under fields below the second peak field of the magnetization hysteresis loops, suggesting a first order phase transition of the flux line lattice. Magnetic phase diagram of Bi2223 single crystals for H // c was found to be similar to that of Bi2212. INTRODUCTION The Bi2Sr2Ca2Cu3Oy (Bi2223) has the highest Tc (= 110 K) in the Bi-system superconductors, and is one of the most well-developed materials for practical application, such as superconducting wires. However, growth of Bi2223 single crystal has been believed to be quite difficult mainly due to very narrow restricted conditions for crystallization from partial melting state. The self-flux method [1] is generally applied to grow Bi2223 single crystals, however, this method dose not provide large enough crystals to perform precise physical studies. For these reasons, many physical properties of Bi2223 are not well understood. Recently, Fujii et al. succeeded in the single crystal growth of Bi2223 by the floating zone method with an extremely slow growth rate [2], and physical properties are gradually clarified. On the other hand, a difference in carrier doping levels between outer and inner CuO2 planes has been pointed out for high-temperature superconductors having more than three CuO2 planes in the unit cell, such as Tl1223 [3], Cu1234 [3] and Bi2223. As a general tendency, outer E3.5.1

planes have higher carrier concentration than the inner planes, except in the strongly underdoped region. Based on these background, we have attempted to grow Bi2223 single crystals by the floating zone method with a slow growth rate of 0.05 mm / h referring to [2] in order to investigate its various physical properties. For obtained large single crystals, we have systematically controlled carrier doping levels in wide range, and performed both magnetic and resistivity measurements with a particularly focused on the mixed state. EXPERIMENTAL The nominal composition of the feed rod used for crystal growth was Bi2.1Sr1.9Ca2.0Cu3.0Oy. A 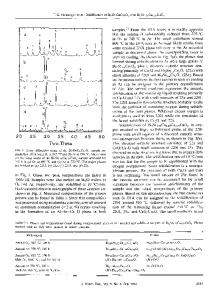 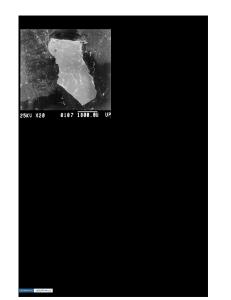