Flame Synthesis of Carbon Nanotubes Murray J. Height, Jack B. Howard, and Jefferson W. Tester Department of Chemical Engineering, Massachusetts Institute of Technology, 77 Massachusetts Avenue, Cambridge, MA 02139, U.S.A. ABSTRACT Flames offer a potential for the synthesis of carbon nanotubes in large quantities at modest costs. This study aims to examine the conditions for carbon nanotube formation in premixed flames and to characterize the morphology of solid carbon deposits and their primary formation mechanisms in the combustion environment. Single walled nanotubes have been observed in the post-flame region of a premixed acetylene/oxygen/argon flame operated at 50 Torr (6.7 kPa) with iron pentacarbonyl vapor used as a source of metallic catalyst. A thermophoretic sampling method and transmission electron microscopy were used to characterize the solid material present in the flame at various heights above burner (HAB), giving resolution of formation dynamics within the flame system. Catalyst particle formation and growth are observed in the immediate post-flame region, 10 to 40 mm HAB, with coagulation leading to typical particle sizes on the order of 5 to 10 nm. Nanotubes were observed to be present after 40 mm HAB (~34 milliseconds) with nanotube inception occurring as early as 30mm HAB (~25 ms). Between 40 and 70 mm HAB (~30 ms), nanotubes are observed to form and coalesce into clusters. Based on the rapid appearance of nanotubes in this region, it appears that once initiated, the nanotube growth occurs quite rapidly, on the order of 10 µm/s. A nanotube formation ‘envelope’ is evident with a formation limited to fuel equivalence ratios between a lower limit of 1.5 and an upper limit of 1.9. A continuum of morphologies ranging from relatively clean clusters of nanotubes to amorphous material is observed between the lower and upper limits. We suggest that the diversity of morphologies is due to competition between carbon precipitation pathways. High resolution TEM revealed the nanotubes to be primarily single walled. Raman spectroscopy confirmed the presence of single wall nanotubes and indicated a broad range of diameters and differences in chirality to plasma-arc generated material. INTRODUCTION Since their discovery in 1991[1], carbon nanotubes have sparked a surge of interest [2, 3]. A wide range of potential applications has emerged in areas such as sensors [4], polymer composites [5], electronics [6, 7], mechanical actuators [8], biosensors and biocompatibility [9], adsorption [10], gas storage [11], and catalysis [12]. Current nanotube synthesis techniques include laser ablation [13], plasma arc [14], chemical vapor deposition (CVD) [15], and fluidized bed reactors [16]. Combustion systems offer a potential means of producing bulk quantities of carbon nanotubes in a continuous, economically favorable process. There have been a number of observations of nanotubes and filamental carbon structures within flame systems reported in the combustion literature [17-23]. Perhaps the earliest observation of 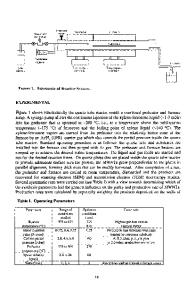 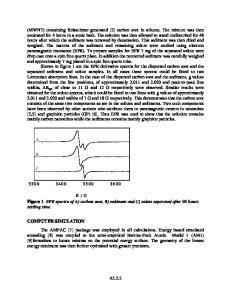 Carbon Nanotubes and Their Composites: From Synthesis to Applications 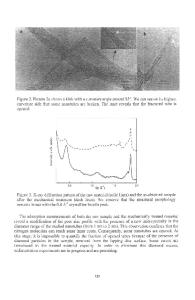 Purification and Separation of Carbon Nanotubes