As we move into the 1980s, there is an increasing awareness that our civilization is going through a profound cultural transformation. At the heart of this transformation lies what is often called a "paradigm shift"-a dramatic change in the thoughts, perc

Metaphors of Consciousness Edited by

With a Foreword by

The hardcover edition of this volume was published in 1981 as The Metaphors of Consciousness.

A Division of Plenum Publishing Corporation 233 Spring Street, New York, N.Y. 10013 All rights reserved No part of this book may be reproduced, stored in a retrieval system, or transmitted in any form or by any means, electronic, mechanical, photocopying, microfilming, recording, or otherwise, without written permission from the Publisher

To Alexa and those who Believe To e. v. e. metaphora

Ronald S. Valle, Ph.D., is currently a professor in the Graduate School for the Study of Human Consciousness at John F. Kennedy University, Orinda, California, where he teaches courses on transpersonal and existential-phenomenological psychology, conscious/living-conscious/dying, the psychology of stress, and spiritual development. A practicing psychologist and minister, Dr. Valle is particularly interested in the science of yoga and the practice of meditation. He is the senior editor of Existential-Phenomenological Perspectives in Psychology (Plenum Press, 1989). Rolf von Eckartsberg, Ph.D., is currently a professor in the Department of Psychology at Duquesne University, Pittsburgh, Pennsylvania, where he teaches courses on existential-phenomenological social psychology. Dr. von Eckartsberg is a psychotherapist interested in existential-ecological counseling, the author of many scholarly articles and research reports, a co-editor of Duquesne Studies in Phenomenologial Psychology, and the author of Life-World Experience.

As we move into the 1980s, there is an increasing awareness that our civilization is going through a profound cultural transformation. At the heart of this transformation lies what is often called a "paradigm shift"-a dramatic change in the thoughts, perceptions, and values which form a particular vision of reality. The paradigm that is now shifting comprises a large number of ideas and values that have dominated our society for several hundred years; values that have been associated with various streams of Western culture, among them the Scientific Revolution of the seventeenth century, The Enlightenment, and the Industrial Revolution. They include the belief in the scientific method as the only valid approach to knowledge, the split between mind and matter, the view of nature as a mechanical system, the view of life in society as a competitive struggle for survival, and the belief in unli 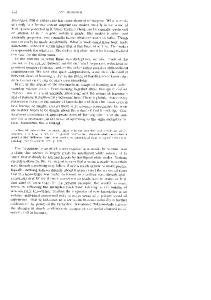 The Story of Consciousness 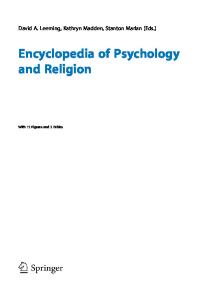 The Unity of Consciousness