Routes to self-assembly of nanorods

Self-assembled nanostructures often exhibit unique properties that are distinct from those of bulk materials. During the past decade, signiﬁcant progress has been made in the assembly of nanorods and understanding some of the self-directing assembly mechanisms, particularly related to gold nanorods. Nonetheless, methods that can be scaled up to large areas for device-scale applications are yet to be established. This review describes various routes that are being actively pursued to achieve assembly of nanorods. Self-assembly methods that utilize external forces such as electric ﬁeld or gravitational forces are reviewed. Additionally, self-assembly schemes using chemical and biomolecule linkers are presented. Other important routes, such as template assisted assembly, Langmuir-Blodgett, and nanorod assembly methods carried out in solution phase are also discussed. The latter includes recently reported approaches to produce superstructured particles through self-assembly. Solvent evaporation and drying can also strongly contribute to the assembly of nanostructures. The ﬁnal section presents self-assembly routes that primarily exploit the drying kinetics of solvents.

One-dimensional (1D) nanostructures such as wires, rods and tubes often exhibit enhancement in electrical and thermal transport properties as compared with zerodimensional (0D) nanostructures.1,2 The 1D structures are also promising for fabrication of electronic, optoelectronic and electrochemical devices. Carbon nanotubes are one of the well-studied 1D nanostructures exhibiting unique mechanical and electrical properties.3,4 The usefulness of inorganic 1D nanostructures for applications in solar cells, light emitting diodes and transistors has been investigated for more than a decade.5–7 Unusual electronic properties in 1D nanostructure arise primarily from spatial conﬁnement of electrons, phonons and electric ﬁeld near the surface. A variety of methods have been developed for the shape- and size-controlled synthesis of 1D nanostructures of various materials, including templated growth,8,9 vapor-liquid-solid growth,10–12 solvothermal route,13,14 and hot-injection synthesis.15,16 For harnessing the unique properties of 1D nanostructure for practical applications, they need to be assembled over large areas. Assembled nanorods often provide enhanced properties as compared with those that are randomly oriented. For example, assembled semiconductor nanorods offer directed electron and hole transport leading to more efﬁcient charge separation. Likewise, orientation-dependent surface plasmon resonance is observed in unidirectional Address all correspondence to these authors. a) e-mail: [email protected] b) e-mail: [email protected] DOI: 10.1557/jmr.2013.26 J. Mater. Res., Vol. 28, No. 13, Jul 14, 2013

assembled gold nanorods. It should be noted that controlled assembly of 1D nanostructures is distinct from their 0D counterpart as shape anisotropy can result in multiple orientation 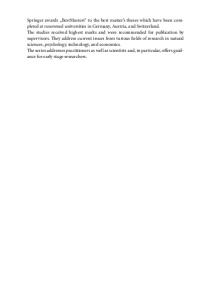 Routes to Potential Bioproducts from Lignocellulosic Biomass Lignin and Hemicelluloses

Recycling of Bioplastics: Routes and Benefits 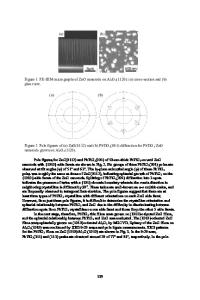 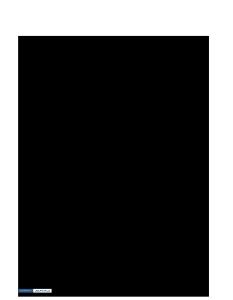