Abstract—Bis[(2E)-3-(2-furyl)prop-2-enoato]triphenylantimony Ph3Sb[O2CCH=CH(C4H3O)]2 is obtained for the first time by the reaction of triphenylantimony, hydrogen peroxide, and 2-furylpropene acid. The X-ray diffraction data show that the central atom of antimony is coordinated in the shape of a distorted trigonal bipyramid. The base of the bipyramid is formed by carbon atoms of phenyl ligands, and the apical vertices are occupied by acid residues. The IR and NMR spectra agree with the composition and structure of the compound. DOI: 10.1134/S1063774516030135

INTRODUCTION By now a wide range of triphenylantimony and triphenylbismuth derivatives with unsaturated carboxylic acids of the type Ph3M(OC(O)R)2 have been obtained and studied [1–5]. These compounds can be used as plastics additives for enhancing resistance to heat and radiation and improving the absorption of X-ray radiation [6, 7]. It is also known that such compounds can undergo structural phase transitions of the second order [8, 9]. An important advantage of such compounds is the easiness of their preparation and purification. One of the most convenient and efficient methods to prepare compounds of the Ph3M(OC(O)R)2 type is oxidative addition [10, 11] used in this work. The reaction proceeds in one stage at room temperature in yields exceeding as a rule 60% after recrystallization. In this work, bis[(2E)-3-(2-furyl)prop-2-enoato]triphenylantimony (I) was synthesized and its molecular and crystal structure was determined. EXPERIMENTAL Reagents and equipment. 3-Furylacrylic acid was purified by reprecipitation from an alkaline solution. Diethyl ether and benzene were dried over CaCl2, distilled, and allowed to stand over sodium wire. Chloroform was dried over CaCl2 and distilled. Isopropanol (99.8%, reagent grade) and petroleum ether were used without preliminary purification. Triphenylantimony was obtained by the Grignard reaction from PhMgBr and SbCl3. 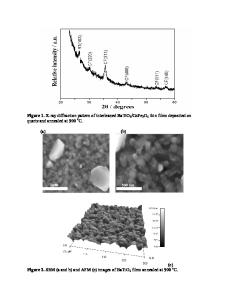