Analysis of Electromigration-Induced Void Motion and Surface Oscillations in Metallic Thin-Film Interconnects Jaeseol Cho, M. Rauf Gungor, and Dimitrios Maroudas Department of Chemical Engineering, University of Massachusetts, Amherst MA, 01003, U.S.A. ABSTRACT An analysis is presented of electromigration-induced migration and oscillatory dynamics of morphologically stable void surfaces based on self-consistent numerical simulations of morphological evolution of voids in metallic thin films. As the morphological stability limit is approached, the migration speed of a stable void deviates substantially from being inversely proportional to the void size, a well-known result that is rigorously valid in an infinite conductor with isotropic material properties. A non-linear shape function that includes both current crowding and diffusional anisotropy effects is used to rescale properly the void migration speed resulting in a universally valid relationship for the migration speed as a function of void size. Furthermore, in grains characterized by high symmetry of surface diffusional anisotropy, our analysis predicts the onset of stable time-periodic states for the void surface morphology that correspond to waves propagating on surfaces of voids that migrate along the metallic film at constant speeds. INTRODUCTION Electromigration-induced void dynamics in metallic thin films has been a problem of major interest both for fundamental understanding of driven mass transport and microstructural evolution in solids [1-3] and for addressing important interconnect reliability concerns in integrated circuits [2-4]. Recently, numerous theoretical studies of current-driven void morphological evolution in metallic films have contributed significantly to our understanding of void morphological instability phenomena and their implications for electromigration-induced failure [5-12]. Among various nonlinear dynamical phenomena induced by void surface electromigration, the translational motion along the conducting film of a morphologically stable void is, perhaps, the most fundamental one. Analytical theoretical treatment of this problem has yielded the well-known result that the corresponding void migration speed is proportional to the applied electric field strength and, more importantly, inversely proportional to the void size [1]; therefore, the current-driven migration of smaller voids is expected to be faster than that of larger ones. However, this “classical” result is rigorously valid only in an infinite conductor with isotropic material properties [1]. Here, we generalize the classical result to include the effects of current crowding in a finite conductor and anisotropic surface diffusivity on the migration speed of stable voids. An intriguing electromigration-induced dynamical phenomenon on metal surfaces that has been predicted theoretically is the formation and propagation of various surface wave patterns. These range from current-induced solitary waves and nonlinear surface wave trains propagating on an infinite meta Surface and Fundamental Modes of Oscillations in Thin Coronal Loops 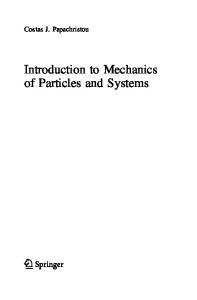