THE mechanical behavior of the LI2-type intermetallic compound Ni3Al has been systematically studied for years. Westbrook[1] first observed the anomalous strength increase of Ni3Al with temperature and proposed a strain-aging mechanism to explain the behavior. Since then, extensive investigations[2,3,4] were focused on this unusual phenomenon, and several theories have been put forward to explain the anomalous flow stress with increasing temperature in high antiphase boundary (APB) energy L12-ordered alloys. Ni3Al had never been considered seriously as a structural material because of the room-temperature brittlement of polycrystals, even with the appealing anomalous strength behavior. This shortcoming has been overcome recently by the addition of boron.[5,6] Chromium is the one solute that has been shown to decrease the tendency to oxygen embrittlement in Ni3Al. An addition of 6 to 8 pct Cr (in at. pct) to B-doped Ni3Al produced remarkable improvement in ductility.[7] In addition to the ductility, fatigue resistance is also an important factor for the future application of Ni3Al. Doherty et al.[8] first carried out a study of high–cycle-fatigue behavior in Ni3Al that was nearly single phase single crystal. Crack initiation at defects or inclusions and propagation along slip planes were investigated. Further studies[9,10] on high cycle fatigue of B-doped Ni3Al polycrystal emphasized the importance of grain boundaries as crack-initiation sites. The cyclic stress response and the evolution of dislocation substructures under low cycle fatigue were also studied in Ni3Al single crystals.[11–14] However, little is known about the crystallographic orientation dependence of fatigue cracking in Ni3Al single crystal. The purpose of the present article is to examine the effect of crystallographic orientation on the fatigue-cracking behavior and the threshold for crack initiation in Ni3Al(CrB) single crystals using the compact-tension specimen.

The Ni3Al(CrB) single crystals were grown by the Bridgeman method. The composition of this material was Ni75, Al-16.7, Cr-8, and B-0.3, (in at. pct). The crystals were homogenized at 1250 7C for 120 hours in pure argon atmosphere and then cooled in furnace. Compact-tension specimens were fabricated from the single-crystal bars using a spark cutting machine according to the ASTM standard,[15] and the design of the specimens is shown in Figure 1. The notch-root radius is approximately 140 mm, and the notch length and notch width are 10 mm and 300 mm, respectively. The crystallographic normal to the machined notch front and the normal to the notch plane (loading axis) are defined in Figure 1 as 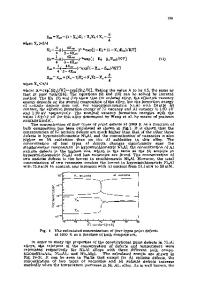 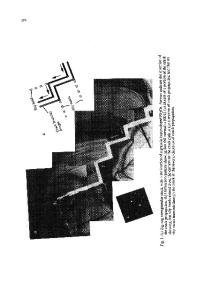