Abstract Attributed to the realization of the multielectron transfers, with a stable 3D framework, Li9V3 (P2O7)3(PO4)2 is considered an excellent cathode material, which can reversibly extract/insert nearly 5 mol Li. However, the poor intrinsic electronic conductivity and the low lithium diffusion coefficient limited its practical electrochemical ability. Considering the poor intrinsic electronic conductivity of the pristine Li9V3(P2O7)3(PO4)2 compound, the introduction of one extra electron by replacing V3+ with aliovalent Mo4+ ions increases the concentration of the electronic charge carriers from Li9V3(P2O7)3(PO4)2 and thus improves the electronic conductivity. At the same time, the larger ionic radius of Mo4+ leads to the increasement of the cell volume of the Li9V3(P2O7)3(PO4)2 sample and thus facilitates Li+ transport into the structure. As a result, the electrochemical performances of the Li9V3(P2O7)3(PO4)2 were improved obviously by a small amount of Mo. Especially for the Li9V3-xMox(P2O7)3(PO4)2 (x = 0.02) sample, the electrode present the highest specific capacity herein and an excellent rate performance which is a promising cathode for lithium ion battery application. Keywords Lithium-ion batteries . Cathode material . Aliovalent ions doping . Electrochemical performance

Introduction Rechargeable lithium-ion batteries (LIBs) are considered to be one of the most promising energy storage devices, and they have been widely applied in electronic devices, such as mobile phones, digital cameras, and computers. They may also have applications in electric vehicles, which would reduce dependence on fossil energy and meet the rapidly increasing demand for energy. In LIB systems, the energy density and safety of the cathode material often play a key role. Compared with commercial layered LiCoO2 cathodes, lithium transition metal

phosphates, such as LiFePO 4, Li 2 FeP 2O 7, LiMnPO 4, LiCoPO4, and Li3V2(PO4)3, have attracted tremendous attention due to their great thermal stability and high operation potential [1–5]. On the one hand, the large polyanion in polyanionic compounds replaces the smaller O2− ions in transition metal oxides to form an open three-dimensional (3D) framework, stabilizes the structure, and allows fast ion migratio 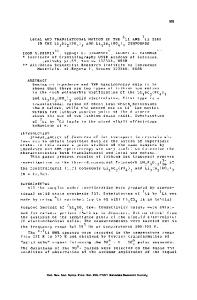