Blistering and Splitting in Hydrogen-implanted Silicon

ABSTRACT We implanted hydrogen in silicon with energies ranging from 500 keV to 2 MeV for implant depths varying from 6.1 to 48.4 µm according to TRIM (transport of ions in matter) 2003. After implantation, a 600 °C thermal annealing was applied to all samples. It is found that for depths lower than 9 µm there is no lift-off of a free-standing silicon layer; only a blistering phenomenon is seen. Increase in the implanted dose or thermal budget does not improve the situation. However, for depths ≥ 9 µm (9 - 50 µm in this study) thermal annealing results in effective detachment of ultra-thin free-standing layers. This technique hence provides high quality thin Si layers for semiconductor technology. INTRODUCTION There is an increasing demand for thin crystalline silicon layers in the range 10-50 µm due to their potential applications in many technological areas. Their application to power devices ensures a higher thermal conductivity and hence improved reliability [1]. For IC devices, their multistacking results in a bondable material which is more tolerant to mechanical stress. Classical thinning techniques such as polishing are wasteful and yield poor uniformity of wafer thickness. Hydrogen implantation-induced platelets and their use in transfer of thin layers to a second substrate has been widely studied in the literature [2,3]. In fact, at high doses and after thermal annealing, hydrogen implantation can result in platelets or cavities. This has led to many applications. Production of an ultra-thin silicon top layer by means of hydrogen implantation establishes the now well-known Smartcut® technique [4]. The transferred top silicon layer thickness currently ranges from 70 nm to 1µm. In this technique, the transferred material results in a combination of a silicon layer on top of an oxidized bulk Si substrate, giving a highly desired Si-on-insulator (SOI) structure. The goal of this study is the determination of the minimum layer thickness above which transfer/lift-off of a free-standing silicon layer is possible without an overlying handle wafer; in other words, the thickness above which splitting is pre-dominant compared to blistering. Blistering and transfer of thin silicon layer are the consequence of thermal growth of platelets by Ostwald ripening where the efficiency of hydrogen collection is the limiting factor. The dose required for layer transfer involves slightly with the implanted depth.

Passive Films and Blistering of Titanium 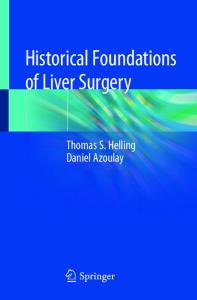