The high porosity and the nanoscaled pores with many dead ends in silica aerogels structure have contributed to their ultra-low density, low thermal conductivity, high optical transmittance, acoustic attenuation, and hydrophobic properties. However, silica aerogels are brittle with very low strength and modulus, which compromise their commercial use. These limitations have warranted the need to broaden and optimize the usefulness for variety of applications. To overcome this drawback, silica aerogels have since been added with another material such as polymers and metals prior to gelation stage of manufacturing before the drying the process.

Recent developments into aerogel composites have yielded signiﬁcant results to enhance the properties of the silica aerogels. Metals, metal oxides, and polymers have been doped during or after formation of wet gel in order to get a composite hybrid (Santos et al. 2006; Xu et al. 2007; Ge et al. 2009; Ye et al. 2010). The use of noble metals such as gold and silver nano particles embedded in silica aerogel by ambient pressure radiolysis using gamma ray irradiation for catalytic applications (Bertino et al. 2004) is another noteworthy development. Innovative method involving in situ growth approach of Au nanoparticles by reducing agent during pre-hydrolysis followed by LTSCD (Ren and Zhang 2010) is one worth mentioning. Cross-linking with epoxies by modifying the surface groups on silica aerogels was reported to improve the modulus by two orders with corresponding 100 % increase in density compared to native silica aerogels (Meador et al. 2005). Meador et al. (2009) further showed that epoxy cross-linked silica aerogels in © Springer Science+Business Media Singapore 2016 M. Sachithanadam and S.C. Joshi, Silica Aerogel Composites, Engineering Materials, DOI 10.1007/978-981-10-0440-7_3

ethanol exhibited strain recovery of up to 50 %. Katti et al. (2006) experimented with polyurethane conformal coating on the silica framework and evaluated the compressive modulus to be 129 MPa, low thermal conductivity of 0.041 Wm−1 K−1 and exhibiting extended yield behavior till 40 % strain but with an increase in density by 0.40 g/cm3. Cross-linking of metals such as silica–titania aerogels have also been known to improve the strength and are essentially known to possess photocatalytic qualities in the degradation of organic pollutants (Xu et al. 2007). However, the cross-linking route of improving mechanical properties somehow has brought undesirable increase in density and drop in the performance of the thermal insulation. For example, flexible hybrid aerogel composite prepared via layered 5– 20 μm glass ﬁbers reinforcement of 9 %wt. produced compressive strength and bending modulus of 21.03 and 12.52 MPa, respectively, with a signiﬁcant increase in density of 0.227 g/cm3 and thermal conductivity of 0.032 Wm−1 K−1 (Liao et al. 2012). The diameters of the 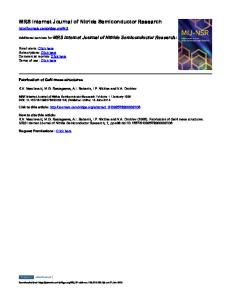