Rural Racism in the Digital Age

Introduction Drawing upon a netnographic (digital ethnography) approach, the following chapter builds upon and provides a novel contribution to the existing literature on rural racism by exploring the ways residents of a rural community in the south of England used Facebook to construct an online rural space through giving meaning to the forum as ‘rural’ and the extent to which this excludes and others those with perceived differences (e.g. having a foreign name). The book chapter denotes how processes of re-representing rurality online by some residents (mainly those white long-standing residents of the town) led to experiences of targeted hate and victimisation for those minority ethnic residents online as a way to protect, secure and maintain rurality online from the intrusion of the ‘other’ and difference.

The chapter begins by contextualising contemporary sociological and criminological discourses around race, racism and rurality as well as the role of social media and the Internet in constructing rural community in the digital age before highlighting the methodological approach used for the study. Next, findings of the research will be explored. This will include an examination of the re-representation strategies used by some residents online and the exclusionary and racist discourses that arose as a result of these strategies. Finally, the chapter discusses what these findings mean in relation to wider discourses around the protection and maintenance of rurality in an ever changing and diversifying world.

Race, Racism and Rurality The sociology of race has experienced significant changes in the past few decades which have led to new and developing areas of research. These developments have evolved mainly in an urban context, with this privileging of the urban frame of reference amongst academics tracing back to the Chicago School and followed by academic researchers in Britain in the 1960s (Solomos 2006). These initial studies focused on demonstrating that a ‘racism problem’ existed and required policies to challenge it. For example, Daniel’s (1966) study sought to demonstrate that the black and Asian people who had arrived in Britain during the 1950s and 1960s did not receive the same treatment as their white counterparts and were systematically disadvantaged in the housing and labour markets by direct and indirect discrimination (Robinson and Valeny 2004). Smith’s (1974) and Brown’s (1984) second and third national surveys then told us more about the nature and impact of racism and made a convincing case, both for further legislation and for more accurate monitoring of ethnic disadvantage, through the inclusion of an ‘ethnicity question’ for the first time in the 1991 Census. Moving into the 1980s, a different strand of research sought to focus not on the s

The Romanian Language in the Digital Age 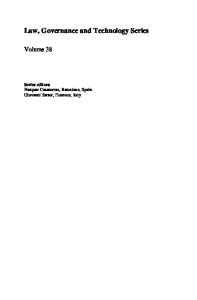 Remembering and Forgetting in the Digital Age

Towards Tourists Protection in the Digital Age

Learning and Instruction in the Digital Age

Visual Heritage in the Digital Age

Racism and Anti-Racism in Football

Race and Racism in Russia

From the Stone Age to our Digital Age: A Theoretical Explication of the Historical Development of International Distribu