THE EFFECTS OF OXYGEN AND STRONTIUM VACANCIES ON THE SUPERCONDUCTIVITY OF SINGLE CRYSTALS OF Bi2Sr2-xCUO6-y B. C. SALES, EDWARD SONDER AND B. C. CHAKOUMAKOS Solid State Division, Oak Ridge National Laboratory, Oak Ridge, TN. 37830-6056 ABSTRACT Single crystals of Bi2Sr2-XCuO6-y were grown from CuO-rich melts. The Sr content in the crystals was varied from x=0.1 to x=0.5 by varying the starting composition of the melt and the oxygen content was adjusted using an appropriate heat treatment of the crystals in a thermogravimetric system. With decreasing Sr content the superconducting transition temperature,Tc, of the crystals decreased rapidly from 10 K to below 4.2 K and the resistivity in the a-b plane changed from metallic (linear in T from 30 to 300 K) to semiconducting. Reducing the oxygen content in the crystals had a similar effect on the resistivity. Only crystals with close to the maximum oxygen content (y=0) were superconducting, and removal of oxygen from previously superconducting crystals resulted in a rapid decrease of Tc , and the eventual loss of superconductivity (Tc < 4.2 K). Although crystals of Bi2Sr2-xCuO6-y could be made sequentially superconducting-semiconducting-superconducting by the addition-removal-addition of oxygen, the process was not totally reversible. After only one such cyclic heat treatment x-ray diffraction indicated that for some compositions such cycling resulted in the appearance of CuO and an another layered structure that has been identified previously and is slightly deficient in CuO. The new layered structure is semiconducting and has a layer-stacking repeat distance that is 1 A smaller than the superconducting "221" phase. INTRODUCTION The compound Bi2 Sr 2 CuO 6 (2201 phase) was the first and "simplest" phase discovered [1] in a large family of superconducting compounds. The ideal stochiometry, Bi2 Sr 2 CuO 6 , is based on crystal structure analysis [2]. Previous work on ceramics with the 2201 structure [3,4] , demonstrated that the "ideal" 2201 phase is deficient in Sr and is actually a solid solution tolerating a range of Sr deficiency (x= 0.1-0.5). We also showed that with decreasing Sr content the ceramics exhibited a metal to semiconducting transition at nominal values of x between 0.25 and 0.5 [3]. The oxygen content of these materials can also be altered [5] which results in a transition from the superconducting to the semiconducting state with decreasing oxygen content. To further complicate matters, the "simple" 2201 materials also exhibit a variable superstructure that depends on the Sr composition but is essentially unaffected by the 0 content of the crystals [6]. The superlattice structure is therefore not directly related to superconductivity in the 2201 materials and it most likely reflects the mismatch between the Bi2 0 2 and CuO layers along the b direction and the ordering of Sr vacancies along c. The present work focuses on the growth of single crystals of Bi2 Sr 2 -xCuO 6 -y, and the effects of variable Sr and 0 vacancies on the resistivity, ac susceptibil 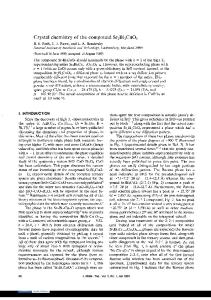 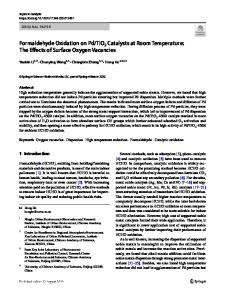 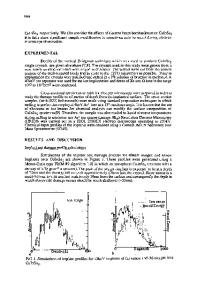